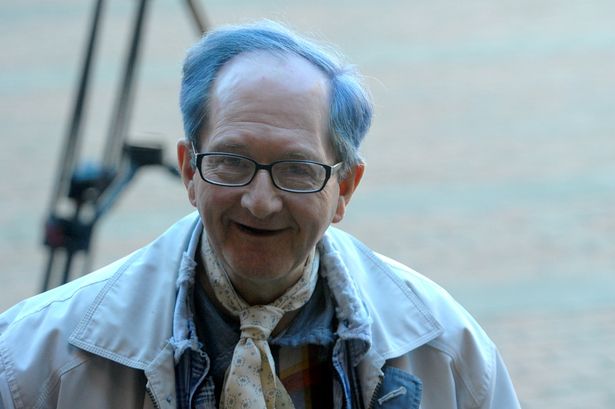 A pensioner allegedly “lunged” at a decorator with a knife – leaving the victim with his thumb almost severed off, a court heard.

Prince Paul Pony Moonlight Celandine Starshine is accused of inflicting cuts and stab wounds to his victim’s hands following the attack in September 2014.

“The Celandine was missing.”

Mr Starshine, 70, who denies wounding with intent, followed proceedings on a computer screen via a live feed written by a stenographer because of his deafness.

Hull Crown Court, East Yorks., heard Mr Starshine, who was wearing a jacket with the words ‘prince of the vagabond people’ written in capital letters on the back, lived at the property with his full-time carer at the time of the assault.

His carer had arranged for her partner to decorate and she was not in when he arrived at 6pm.

As the complainant attempted to leave to get his equipment from his car, he was confronted by Mr Starshine blocking his path.

Prosecuting Mr Dunn told the court there was a change in Mr Starshine’s demeanour.

He said: “It was at this point that [the complainant] noticed a change in the demeanour of the defendant, who initially was quite placid.

“He describes the defendant as becoming extremely angry and his face turning scarlet with rage.

“There was also a noticeable difference in his voice, because normally it’s quite high-pitched. But on this occasion it was gruff, deep and aggressive.”

Mr Starshine said he wanted “a word” with the decorator about his carer before quickly putting his hand in and out of his pocket and shouting: “You have abandoned [the carer].”

The man replied that he hadn’t and shook his head, then realised Mr Starshine had pulled a knife from his pocket, which he lunged at him with.

Mr Dunn said the man “describes the lunge as being towards his neck and chest area, he thought towards his heart”.

The man suffered a number of injuries as he tried to defend himself and tried to leave by the front door, but saw the key was not in any of its usual places, forcing him to return to the living room, where Mr Starshine was, to seek another exit.

Mr Dunn said: “The prosecution say that was quite deliberate and this defendant locked him in the property.”

The court heard that Mr Starshine was then “waiting for him” and the decorator tried to nullify the threat he posed by pushing him on the sofa.

Mr Dunn said: “He didn’t want to punch him or strike him or hurt him in any way, because he was well aware the defendant had issues and problems and was of some age.”

The decorator’s hand was “pumping blood” from a “gaping wound” and he had a further struggle with Mr Starshine, suffering fresh injuries as he tried to grab the knife by the blade.

The victim received up to four stab wounds to the back of his wrist and eventually punched Mr Starshine “about four times”, believing the final blow stunned him while breaking his own finger.

He escaped through a bedroom window.

Mr Dunn said if he had not put his hands up to defend himself “the defendant would have struck perhaps a fatal blow”.