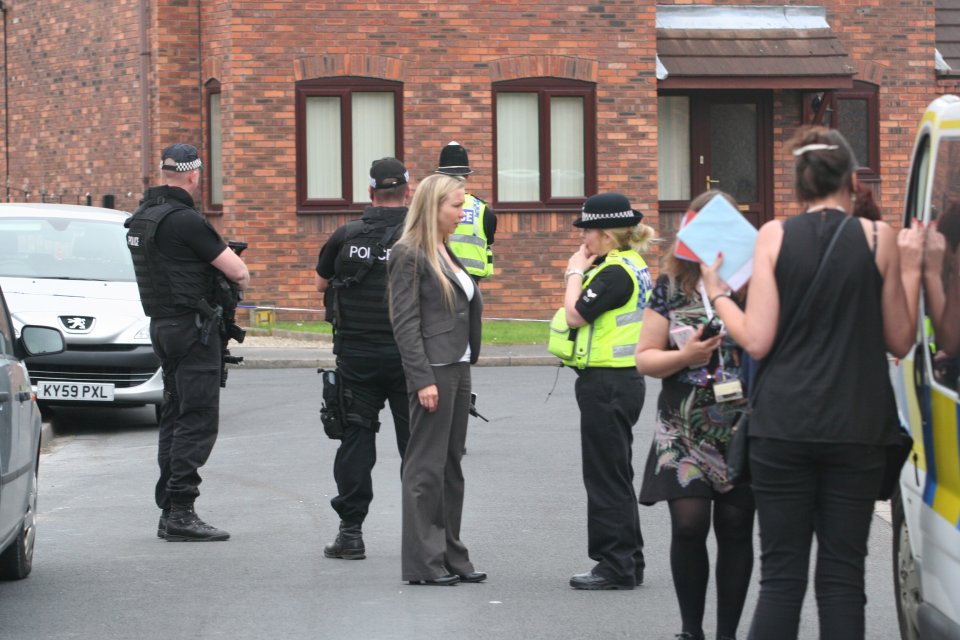 Cops are frantically searching for a teenager who is missing after a woman was stabbed.

Connor Woodrow, 16, is being sought by officers after the incident in a sleepy village cul-de-sac shortly after 11am today (Wed), provoking a huge police response.

The woman, in her 40s, sustained injuries at an address in Carlton, North Yorks., and is being treated for her injuries in hospital.

Specialist Units are at the scene and searches are being conducted in the area – as the investigation continues.

A North Yorkshire Police spokesperson said: “A thorough investigation to establish the full circumstances surrounding the event is underway.

“If Connor is listening to or sees this appeal he is asked to surrender to the police.”

A neighbour, a female in her 50s, who lives in adjacent cul-de-sac Tower View said: “I don’t know what’s gone on.

“I’ve been on Facebook and someone’s saying a woman’s been taken to hospital.

Adding: “Someone told me it’s been a stabbing.”

A police helicopter accompanies the seven police vehicles above the scene and can be heard hovering in the distance.

Officers would not allow any residents into their homes in Manor Farm Close – but would instead get belongings on their behalf.

Anyone who has seen Connor is urged not to approach him and call 999 immediately.