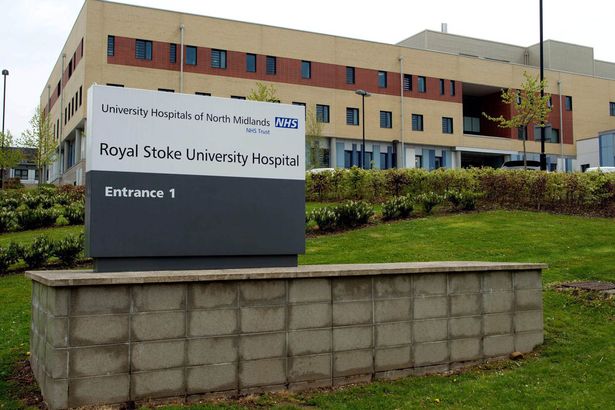 The parents of a one-year-old boy have been arrested after their son almost died of heatstroke when they left him in a sweltering car – while they went SHOPPING.

The 24-year-old woman and 28-year-old man left the youngster in a car with a window partially wound down for around 30 minutes.

Police were called when shocked passersby saw the tot crying and in pain as temperatures soared to 25C (77F).

Officers forced open the door and the tot was rushed to Royal Stoke University Hospital where he was treated for heatstroke and dehydration.

The couple were arrested when they returned to their car on Wolstanton Retail Park in Newcastle-under-Lyme, Staffs., at around 5.50pm on Tuesday (7/6).

Their son was taken to The parents, from Stoke-on-Trent, Staffs., remain in police custody.

Detective Chief Inspector Amanda Davies, of Staffordshire Police’s Public Protection Investigation Team, said: “This incident could have easily resulted in a child dying had a vigilant member of the public not alerted emergency services.

“The boy was clearly distressed and the conditions in the car would have been stifling.

“Thankfully he was not caused any lasting harm but we are treating this seriously and dealing with those responsible for putting him at risk of harm.

“This is also a timely reminder to motorists not to leave animals locked in vehicles during hot weather.

“Alternatively you can contact police on 101 or 999 in an emergency.”

Shopper Elaine Wilson, 50, who witnessed the arrest, said: “It was horrendous, the little lad was bright red and looked exhausted.

“The police were brilliant and the little lad was rushed to hospital. What kind of moron leaves a kiddie in a hot car during a heatwave?”