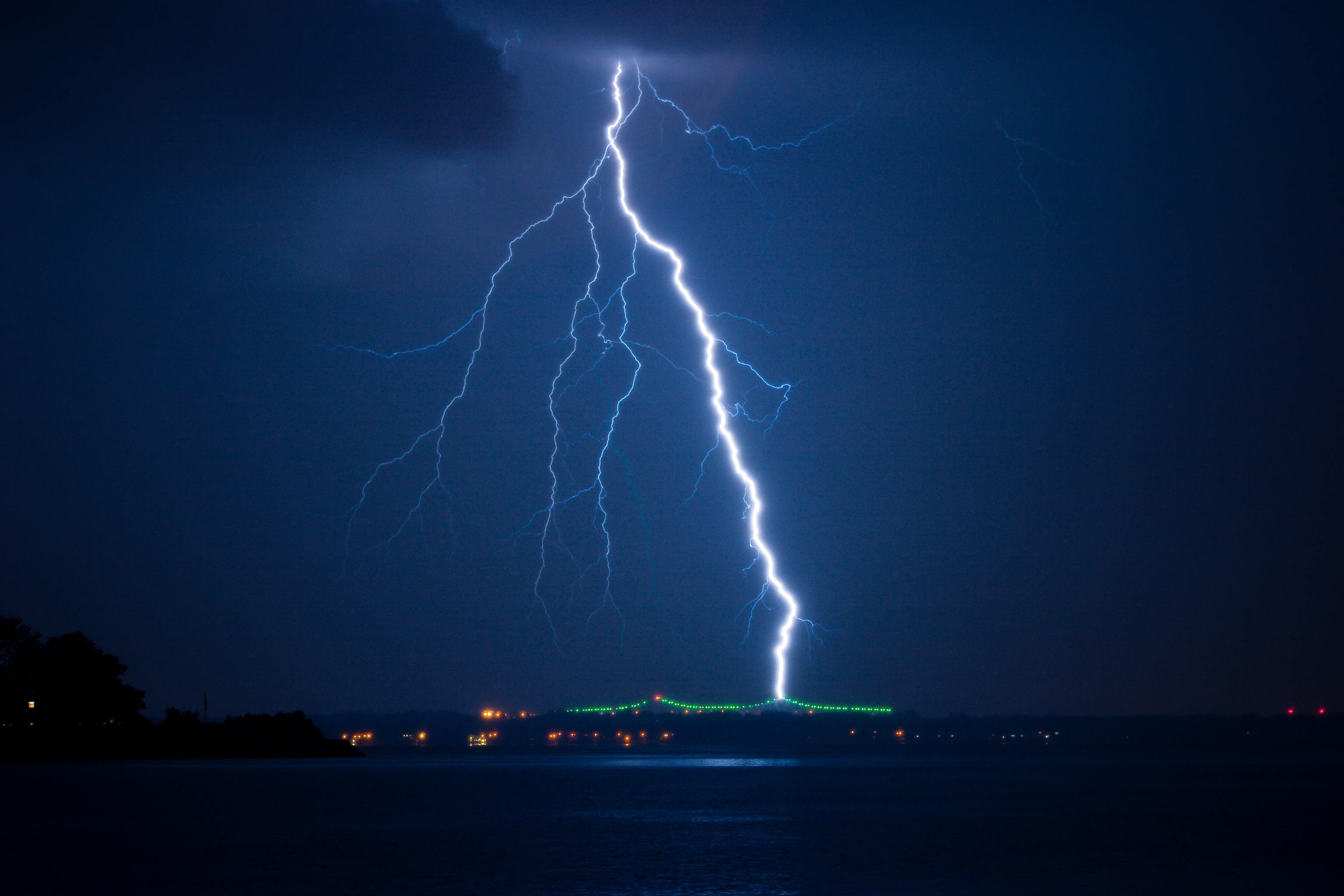 A couple were inches away from death when a huge log smashed through their bedroom window – after a lightning ‘exploded’ a tree.

As storms battered southern England on Wednesday night, pieces of wood ‘bigger than people’ were sent flying through the air when lightning hit a 100ft tree in the early hours of the morning.

Josh Roles was in bed with his girlfriend Rhiannon Depla when a 4ft log crashed through their window landing inches away from their bed.

The 23-year-old, works as an engine technician at McLaren, said: “The lightning was getting closer and closer, one was really close then the next one hit the tree and our window just smashed and a log came through.

“We got straight out of bed and ran into the hallway. I thought lightning had hit our house, I didn’t see the log. It was terrifying.”

The young couple called the fire brigade who arrived at roughly 1.40am to patch up the window but it wasn’t until Thursday morning that they realised both of their cars had also been damaged.

“It was so loud and with it smashing the window and the car alarms going off it was like a war zone.

“I think we are still coming to terms with it. It was frightening.

“Pieces of wood bigger than a person have been chucked 25 metres and hit houses and cars.

“I think it was really lucky no-one was hurt.”

Other cars along the street in Horsham, West Sussex, were damaged but none as badly as Rhiannon’s Suzuki Alto which was written off after two huge logs crushed the car entirely.

Josh said: “A couple of logs landed on the bonnet and boot, they smashed both front and back windscreens. The car has been completely written off.

“She’s currently borrowing my car to get to Crawley every day where she works as a Physiotherapist.

“The insurance company have picked up the car but I don’t think we’ll get a lot of money for it. Definitely not enough to replace it.

“We are quite shaken up, this has all been quite a shock.”