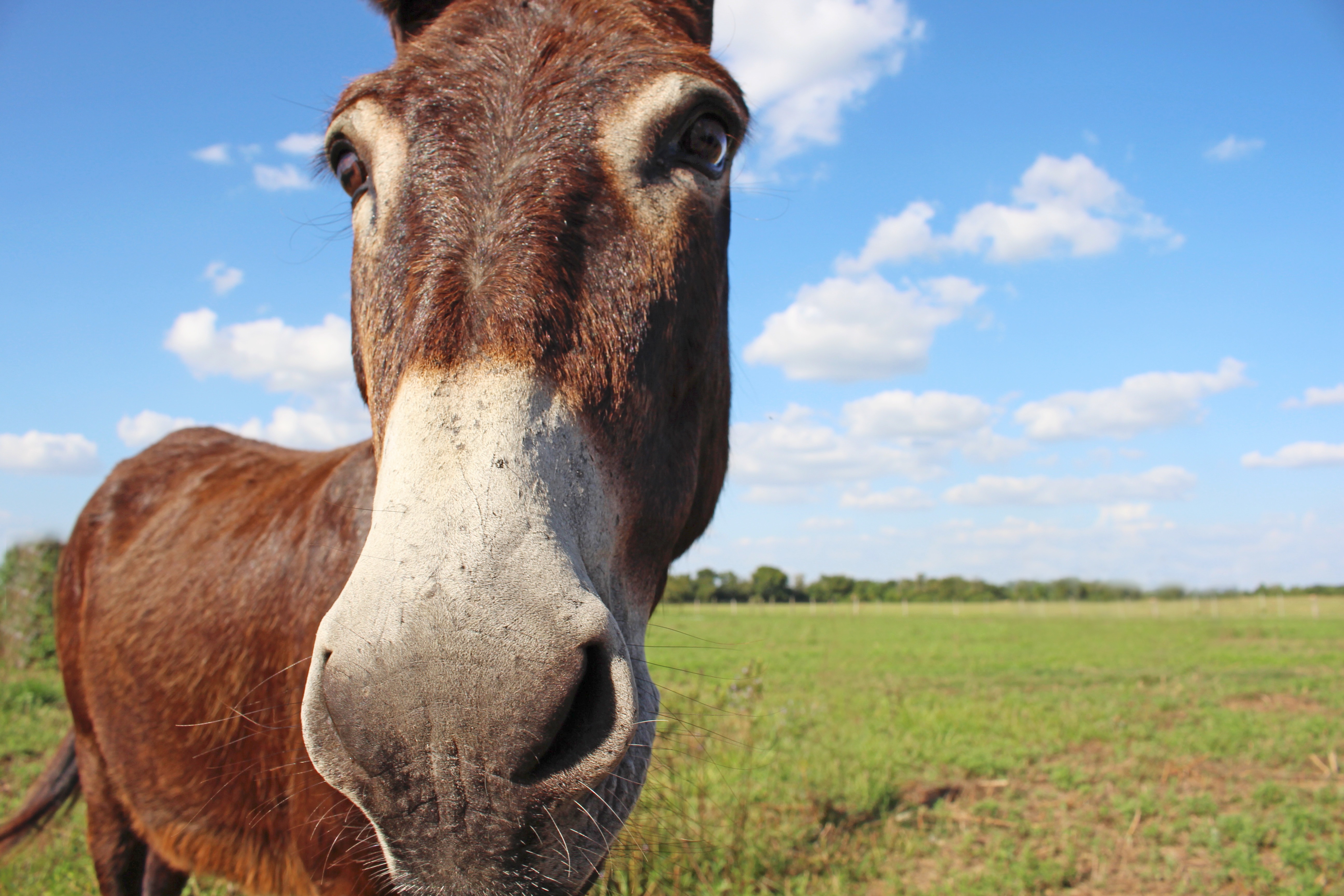 A mysterious pair of giant donkeys have suddenly appeared in a field of cows – to the bewilderment of the farmer.

No one knows where the pair of “very large” stallions came from.

The farmer discovered them in amongst his cattle when he went to check on them at his farm in Ardgay, Sutherland, earlier this month.

After asking around in the local community, he could not find anyone who knew where they had come from, so called the Scottish SPCA, who then contacted the Donkey Sanctuary.

The donkeys were loaded onto a trailer – after a battle to catch the pair – and arrangements were made to meet with two SSPCA officers and a world horse welfare officer from the Donkey Sanctuary.

At the local livestock market they were transferred over to the Donkey Sanctuary and put in their trailer.

Named Andy and Ross after the SSPCA officers who helped rescue them, the duo were settled into the holding base in the north of Scotland where they received farrier and veterinary treatment.

Senior Inspector Andy Brown said: “We weren’t able to establish how the donkeys got there but we think it’s possible they had been abandoned.

“Their feet weren’t in the best condition but otherwise they were OK.

“My colleague Inspector Aileen Ross and I arranged transportation to the Donkey Sanctuary and we are pleased to hear they have both settled in well.”

And Andy revealed that it was the third time that an animal he had worked with had been named after him.

He added: “It’s a nice touch that the donkeys been called Andy and Ross, although it’s not a first for me as over the years I’ve had a sheep and a Shetland pony named after me.

The Donkey Sanctuary said the stallions were not wild, having shown clear signs of having human interaction.

A spokeswoman said: “Once in our care the donkeys travelled very well to a holding base where they were assessed.

“Both donkeys had overgrown hooves and will need remedial farriery work. They both also had numerous bite marks which is probably from each other as stallions have a tendency to fight. Now in the care of the sanctuary they will be castrated.”