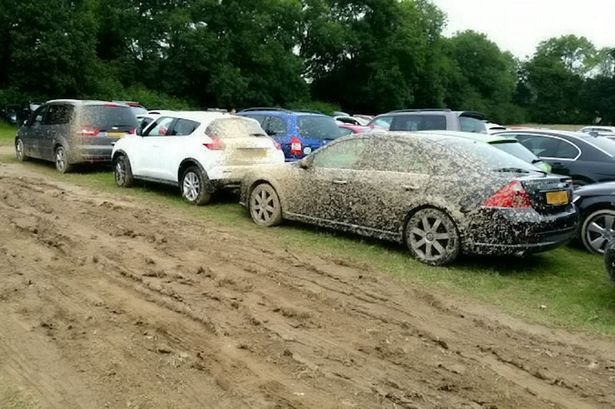 Holidaymakers have been warned about rogue parking companies at one of the UK’s busiest airports – after more than 1,000 vehicles were dumped in a boggy field with their keys.

Police are investigating five companies suspected to be operating illegally at the site, all of which claim to offer secure, reliable and affordable parking for people accessing the airport.

Officers are urging drivers wanting to park at Gatwick Airport, near Crawley, West Sussex, to beware of rogue traders, and only book with approved parking companies.

On arrival, they discovered hundreds of keys to the vehicles in the boot of a car which was left open and unlocked, while several others were covered in mud.

Some keys were left in envelopes on the windscreens of the cars they belonged to, in full view of anyone passing by.

Sergeant Darren Taylor of Sussex Police said: “We visited the site with the district council and trading standards with the aim of exposing and taking firm action against these unscrupulous rogues companies.

“I was disgusted but not overly surprised by the condition of the cars, because this appears to be an ongoing issue in the area.

“Some of the cars were stuck in thick mud and were unable to be towed away; let alone driven away.”

Sergeant Taylor added that one of the most worrying things they found was an insecure vehicle with the keys to hundreds of other cars left in full view in the boot.

He said: “We were on site for about 45 minutes and not a single person was present to challenge us during that time.

“There was nothing stopping us from accessing the field and no CCTV cameras anywhere in sight, which is a real concern.

“Clearly, what is being advertised by these companies and what is actually happening are two completely different things, and we would like to make people aware of this.”

He said: “The chances are, if something seems too good to be true, it probably is.

“From a policing point of view, we will be looking at all the drivers associated with the companies and if there is any evidence of any criminal activity, we will act upon it accordingly.”