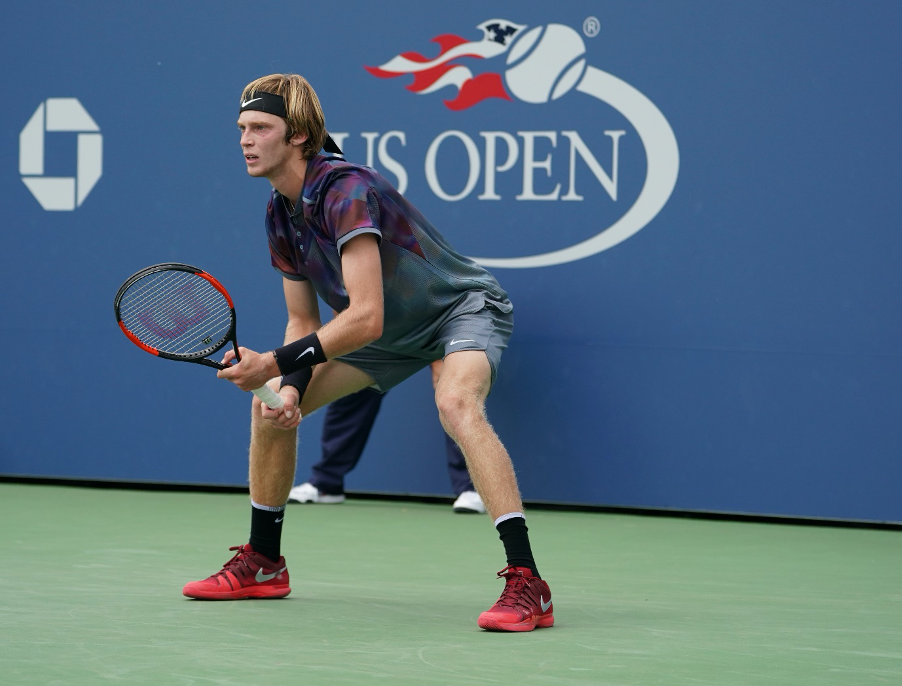 After being suspended for almost six months, due to the worldwide coronavirus pandemic, the tennis tour is finally back underway, and throughout the course of September and October, we will be treated to not one, but two Grand Slam Tournaments!

The US Open, which World Number 1 Novak Djokovic is the favourite to win according to the US Open tennis betting odds, is already underway after starting on August 31st, whilst the French Open will start on September 21st – just a mere two weeks after the conclusion of the North American tournament!

Despite several big names missing from the Flushing Meadows line-up, including Rafael Nadal, Roger Federer, and Nick Kyrgios, there are still some star players taking part in the US Open.

With that in mind, let’s take a look at the in-form players to watch out for in New York. Read on to find out more!

Good luck to anyone who has to face this guy at Flushing Meadows! The 17-time Grand Slam winner is in fine form this year, and heads into the US Open unbeaten in 23 outings, as he looks to win his fourth title.

The Serbian came into 2020 second in the ATP Rankings. However, after an impressive eight wins in the ATP Cup, in both singles and doubles, which resulted in his country winning the title, as well as, an amazing Australian Open victory, where he beat Federer in the semi-finals and World Number 3 Dominic Thiem in the final, Djokovic was back on top.

Despite verging on defeat against Gael Monfils in the semi-finals of the Dubai Duty Free Tennis Championship, Djokovic fought back to win 2-6, 7-6, 6-1, before beating Greek Stefanos Tsitsipas, by two straight sets, in the final.

Fast forward to post-lockdown, and Djokovic has won the Western & Southern Open, beating Ricardas Berankis, Tennys Sandgren and Jan-Lennard Struff, all in straight sets, to reach the semi-finals, before seeing off Roberto Bautista Agut and Milos Raonic in the semi-finals and final, respectively.

The Serbian made it 24 straight wins this year after beating Damir Džumhur in straight sets in the opening round of the US Open.

After an impressive 2019, which saw Thiem win five titles and reach the final of the French Open and ATP Tour, the 26-year-old carried his fine form into this year. The Austrian reached his maiden Australian Open final, breezing past Adrian Mannarino, Alex Bolt, Taylor Fritz, and Monfils in the opening rounds. After a tense 7-6. 7-6, 4-6, 7-6 encounter, in the quarter-finals with Nadal, Thiem lost the opening set against German Alexander Zverev in the semi, before bouncing back to win 3-6, 6-4, 7-6, 7-6.

Thiem had a disappointing W&S Open last month. After receiving a bye in the round of 64, World Number 32 Filip Krajinovic knocked him out with a 7-5, 6-4 victory in the round of 32.

Andrey Rublev may be a 25/1 outsider heading into the US Open, but the 22-year-old has had a great 2020, thus far. In January, the Russian beat Mikhail Kukushkin, Pierre-Hugues Herbert, Miomir Kecmanovic, and Corentin Moutet, without even dropping a set, to win the Qatar ExxonMobil Open.

However, the January success continued at the Adelaide International! This time Rublev dropped just two sets, against Britain’s Daniel Evans and Canada’s Fleix Auger-Aliassime, en route to beating South African Lloyd Harris 6-3, 6-0 in the final. The victories doubled his ATP Tour wins from two, at the beginning of the year, to four, less than a month later!

The Moscow-native’s impressive run to the fourth round of the Australian Open, which included a victory over World Number 10 David Goffin, took to him to 10 wins in 2020, whilst reaching the quarter-finals in both Rotterdam and Dubai’s ATP 500 events, also bolstered his wins this year.

Like Thiem, Rublev had a disappointing W&S Open, losing his opening round tie against Evans. Things didn’t go much better in the doubles either, as the 22-year-old and his partner Karen Khachanov lost 6-4, 6-2 to Wesley Koolhof and Nikola Mekti? in the round of 32.