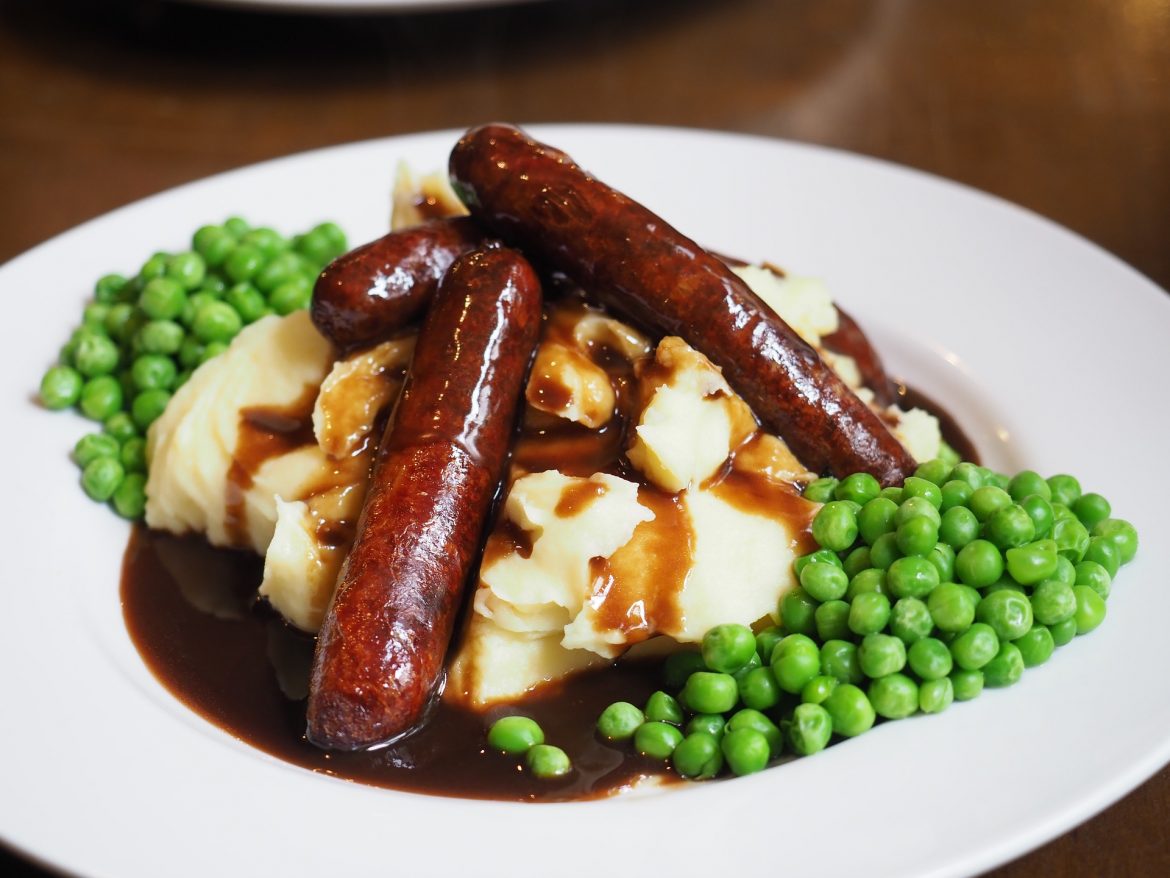 Britain certainly has its good points. With its rich history, rolling green fields and a particular penchant for dry humour, it’s no wonder it’s known as the land of hope and glory. But then there’s the food, which is often dismissed as bland, uninviting and even outright disgusting. So much so that bad cuisine has become synonymous with Britain. In fact, only a quarter of Europeans said they liked British food.

This is nothing new. Over 75 years ago, George Orwell published his essay In Defence of English Cooking, claiming that the hatred of its food stemmed from 20th century prejudice. So, why does British cuisine still have such a bad reputation?

The main accusation against British food is that it is dull. You may be surprised to know that this was not always the case. British cuisine was actually once considered up there with the best in the world, particularly in the medieval period. However, compared to many other cuisines, British food lacks herbs and spices, doesn’t play with different textures, and relies on methods of boiling and stewing that strip the ingredients of their flavour. Britain is often mocked for having had a world-encompassing empire that fought bloody wars over spices, and yet refuses to use those same spices in its food.

A nation’s political situation impacts everything — including how its food is perceived. This leads us to what is believed to be the downfall of British cuisine: the Second World War. As a result of Britain’s participation in a devastating and expensive conflict, the 1940s were marred by austerity continuing well into the 1960s. This meant that many ingredients including sugar, lard and meat were subject to rationing, but even foods that weren’t rationed, like fruit and vegetables, became scarce. In essence, eating was about survival, not pleasure. Food rationing ended in 1954, but by then, American troops had already vocalised their disgust of British wartime cuisine. And even after rationing was over, the next decade still saw heavy restrictions on trade and travel, which halted the ability of British cooking to develop.

In spite of this, blaming the war is not completely accurate. First of all, the Second World War involved lots of countries and Britain was by no means the only one that implemented food rationing, restrictions and austerity measures. Other nations still managed to maintain their culinary traditions and even expand their techniques for making cheap food tasty. Secondly, it’s been decades since Britain recovered from the war, yet their bad culinary reputation still persists.

It’s well-known that Britain is a hub of immigration and can be typified by its multiculturalism. This begs the question, what exactly is British food? Many quintessential British dishes were actually brought here by migrants. Take fish and chips, for example. Seemingly the most British dish out there, in reality it was introduced to Britain by Jewish refugees from Portugal and Spain.

On top of this, many of the meals that seem to be authentic foreign foods are actually recipes that were tweaked by these communities in Britain to suit the local palate. If you think spaghetti bolognese is an authentic dish from Bologna, you’ll be astonished to learn that, according to the late Italian chef Antonio Carluccio, the British have simply taken it and ruined it. The original bolognese uses fewer ingredients and doesn’t even include spaghetti. Traditional ragù alla bolognese calls for tagliatelle, and for a good reason, as experts at Pasta Evangelists clarify: “Tagliatelle’s increased surface area, along with its rough and porous texture, make it an ideal shape to contend with chunkier or more robust sauces.”

The same is true of Indian food in Britain. The chicken tikka masala, for instance, is not an Indian dish, but a British variation of the original butter chicken. The Balti did not spring from the lively streets of Mumbai but from rainy Birmingham. And even curry dishes that do exist in India have had a complete facelift. “Korma comes from north India and the version which we eat there is very spicy, and there’s no sweetness to it which is what you usually receive when you order a korma in a curry house,” Naved Nasir, Executive Chef of popular Indian restaurant Dishoom, explains in his interview with Insider.

Such adaptations of foreign cuisine, paired with a lack of culinary identity, may very well be reasons why Britain is perceived as careless and tasteless when it comes to food.

The meat and two veg model

Another complaint about British food is its alleged lack of diversity, showing little creativity or sense of adventure. A leathery-looking piece of overcooked meat, a potato and a vegetable are apparently all that’s needed for a fine British meal.

In many ways, these limitations make sense. The climate in Britain isn’t ideal for growing the fresh produce Mediterranean countries, for instance, have in abundance. What’s more, people nowadays really care about what is in their food and want it to be healthy, fresh and nutritious. The old “meat and two veg” paradigm just won’t cut it.

The climate is an inadequate excuse, however, because not only does Britain have access to the global market to purchase the best fruit and vegetables out there, it also had an empire that was built for this purpose. Plus, Britain does have fantastic fresh produce like root vegetables and berries — not to mention the many varieties of cheese that exist on the island. There are more than 700 British cheeses compared to only 400 in France.

A lot of British food isn’t particularly appealing. Black pudding, jellied eels and haggis are all examples of dishes that the international arena finds hard to stomach, regardless of how delicious they are. Many people find it hard to get over the fact that they’re made from ingredients they instinctively find off-putting.

Another issue lies in the unappetising names given to these meals. People worldwide could be much more likely to try things like toad in the hole or spotted dick if they were named differently, not to mention the simply senseless titles like Yorkshire pudding (not a pudding) or mince pie (no mince).

Ironically, both black pudding and haggis are examples of foods that exist because of the pride British people used to have in their food and produce. The weather might not be great for a diverse harvest, but it is absolutely perfect for grass for the sheer number of sheep and cows. This spells fresh, high-quality meat where all parts of the animals are worth using, even the kidneys, heart and lungs.

The lack of love in British food culture

To an outsider, it often seems like Britain doesn’t really care about food. Unlike other nations where certain events revolve around eating, Britain doesn’t have a food culture in the same way. There may be afternoon tea and Sunday dinner, but that’s about it. Compare this to the rich food traditions of Japan, Italy, India, Spain and anywhere in the Middle East, where food is at the centre of almost every family gathering and recipes are passed down through the generations. It’s no wonder British food is deemed less impressive.

Other cultures place food on a pedestal. They cook out of joy, pride and love. In fact, the way to show your love and appreciation for someone is to make them a home-cooked meal. Food is not just important because it sustains our bodies, but because it sustains our souls and shows that we care. Without this kind of food culture, even the most mouth-watering British foods have an aura of practicality about them.

Luckily, there are plenty of British chefs trying to change this attitude and fully appreciate the joy of food — like Yorkshire chef Tommy Banks, for example, who “utilises his family’s farm to create complex, contemporary dishes that perfectly represent the local area”. He is also the youngest chef in the UK to win a Michelin star. With talent like this making an impact, perhaps there is hope for improving the name of British food.