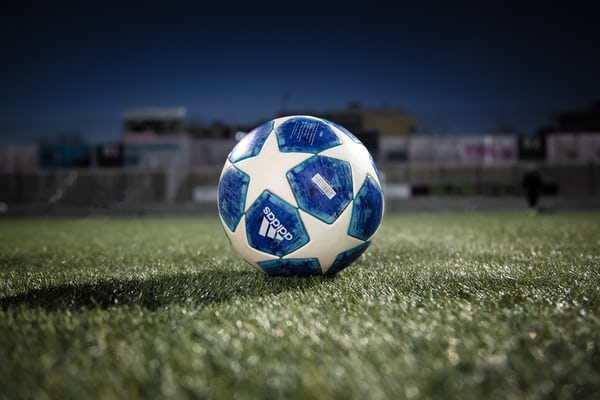 After boring years following Manchester United and Arsenal declines, Premier League has taken the main spot in the rankings of the most exciting football leagues in the world. After all, we’ve had the all-English Champions League final in the 2020/21 season when Chelsea saw off Manchester City 1-0 (Kai Havertz goal) to deny Pep Guardiola and his Champions League dream with the Citizens.

The summer of 2021 was particularly exciting for the Premier League clubs as some big names like Cristiano Ronaldo and Romelu Lukaku have returned to the competition. Interestingly, both players came back to their former clubs. We now have a plethora of stars in by far the strongest league in Europe.

Do you know which of these stars makes the most money, though? A study made by BettingTips4You.Com has revealed the list of the top ten highest-paid players in the 2021/22 Premier League campaign. Stay tuned because we guarantee you will be surprised to see some names on the list.

Seeing Cristiano Ronaldo at the top spot is by no means a surprise. He had been a superstar in the making when he first left Manchester United 12 years ago. He returned to Old Trafford as one of the best players in the history of the game. Manchester United defeated their bitter city rivals Manchester City in the battle for Cristiano’s signing in the summer of 2021. Ronaldo bagged a brace on his new debut for the Red Devils against Newcastle United at the Old Trafford.

Kevin de Bruyne has been one of the best Premier League players in the last several years. He carried the Citizens to some important domestic titles and he certainly deserves to be highly ranked on this list for everything he has done in the past. Nevertheless, De Bruyne is miles from his best shape in the 2021/22 season. He is still trying to find the old rhythm which he seems to have lost after a tough summer with the national team at the Euro 2020.

We’ve now come to the first major surprise on the list. Manchester United are by no means known for their rock-solid defense, especially when compared to the likes of Manchester City and Chelsea. However, David de Gea is the third highest-paid Premier League player. We can easily see that Manchester United are doing everything they can to join the likes of Man City, Liverpool, and Chelsea in the battle for the very top of the Premier League standings, but they have made a massive mistake signing this hefty contract with the goalkeeper who is not even the first option in the Spanish national team anymore.

Manchester United sent their fans into delirium when they signed Jadon Sancho from Borussia Dortmund midway through the Euro 2020. Everyone expected miracles from the English youngster who did have a nice couple of seasons in the Bundesliga. Nevertheless, Jadon seems to have failed to deal with pressure as he performed way below expectations at the beginning of the 2021/22 season. The time will reveal whether the Red Devils have made another big mistake with this youngster. It will be very interesting to see whether Sancho can prove the critics wrong.

You’d think there are other teams in the English top-flight, right? Well, we’ve come to another Manchester United player. The Red Devils thus have four players inside the top five highest-paid Premier League stars in the 2021/22 season. One would expect them to cruise to the title according to this list, but something is clearly not right at Old Trafford as Manchester United are miles away from the main title candidates at the moment. Varane was another fantastic addition to this team on paper, but frequent injuries kept the former Real Madrid center-back out of the pitch more than expected.

Speaking of injuries, we have to mention Romelu Lukaku who suffered an ankle injury in mid-October in the Champions League match against Malmo FF. However, unlike Sancho and Varane, Big Rom made an immediate impact after returning to the Premier League. The top scorer of the 2020/21 Serie A season provided a spectacular display in the victory over Arsenal on his new debut for the team. We can easily justify the hefty paycheck Chelsea decided to give to their talisman, though.

Jack Grealish made a big move from Aston Villa to Manchester City in the summer of 2021. He is currently the joint-second highest-paid player in Pep Guardiola’s machinery. While the Spanish manager used him a lot at the very beginning of the season, Jack kind of lost his place in the starting XI after several successive slow displays on the left flank. Will he be a big failure for Manchester City?

Raheem Sterling has been one of the main players in Pep Guardiola’s squad for years but he was suddenly dropped out of the starting XI ahead of the 2021/22 season. Raheem’s Man City decline did begin in the 2020/21 season, but he at least did feature sometimes in the starting lineup then. He rarely even gets the chance to play at all in the 2021/22 campaign, meaning it is currently very hard to justify such a massive weekly wage.

If you did not know that N’Golo Kante is among the ten highest-paid players in the Premier League, you will likely feel satisfied after reading this article. Every football fan loves Kante because of his modest behavior and personality. N ‘Golo was one of the key figures of Leicester City’s title-winning squad and he has continued to shine in Chelsea’s shirt ever since. He well deserves this spot.

10 – Paul Pogba (Manchester United) – £290,000/week We began the list with a Manchester United star and we will end it with a Red Devil. It is Paul Pogba who is arguably one of the best midfielders on the planet when he wants to play. The problem is that it does not happen quite often and we frequently see the Frenchman benched in the Premier League. Does he deserve a place on this list? Considering the amount of quality and talent present in the competition, our answer to this question is negative