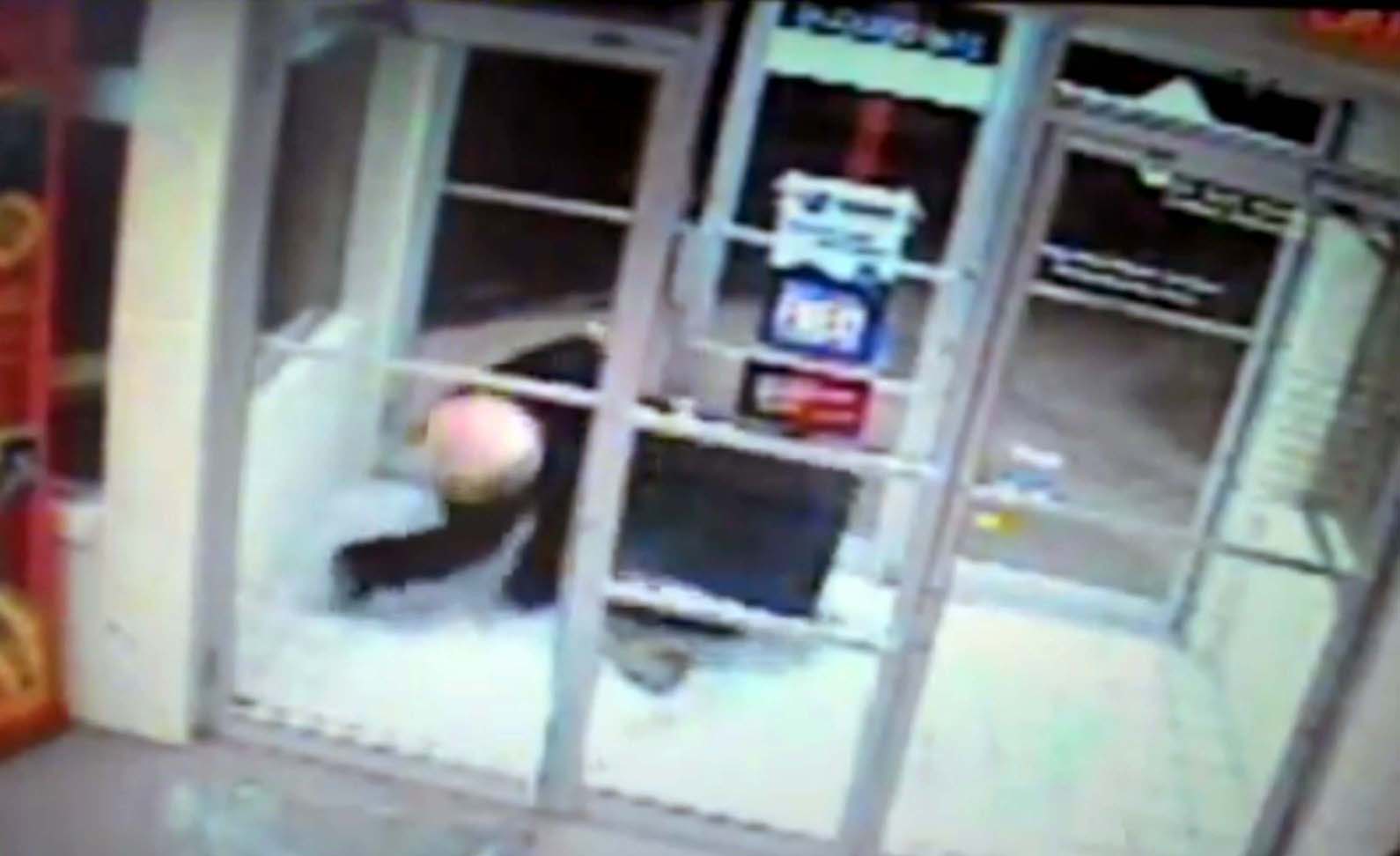 THIS is the moment when a burglar escaped with a TV during a night-time robbery – but almost lost his trousers.

In the CCTV footage of the ‘MOONlight’ raid, the bald man, clad in a black jacket and black trousers, breaks through the glass door of a furniture shop.

Using a rock, they hammer on a plate glass panel until it falls to the floor in one piece, allowing them to enter.

He and his two female accomplices then make a rush to the back of the store, and rip three large, flatscreen televisions from the wall.

As they run back through the store, the bald man’s trousers slip down several times, exposing his rear end to the camera.

With his hands clasped around the TV, the bandit has no choice but to continue with his escape while his waistband heads south.

In the final moments of the video, as he ducks under the front door to exit the store, the burglar trips and comes crashing to the ground.

The footage was taken from a Home Zone furniture shop in Des Moines, Ohio, USA, which has been burgled three times in the last month by cheeky bandits.

Dennis Lafferty, inventory manager at the store, believes the same group is responsible for all three break-ins.

He said: “It’s costing me a fortune.”

“Each burglary lasts for only a few minutes, but the damage takes much longer to repair.

“In the last one they were inside for one minute and five seconds.”

More than USB8,000/GBP4,840 worth of TVs and laptops have been taken from the store since April 9, with only the latest burglary being captured on CCTV.

Police in the US town have yet to crack the case, and are appealing for any witnesses that might recognise the attackers.

As part of the campaign for witnesses, perplexed coppers posted the video online, but new leads have failed to appear.

But that hasn’t stopped Internet wags from making jokes about the unusual footage.

One user joked: “It’s a good job it was a robbery and not a hold-up!”.

Another, called LJ, simply said: “what an ar*e!”