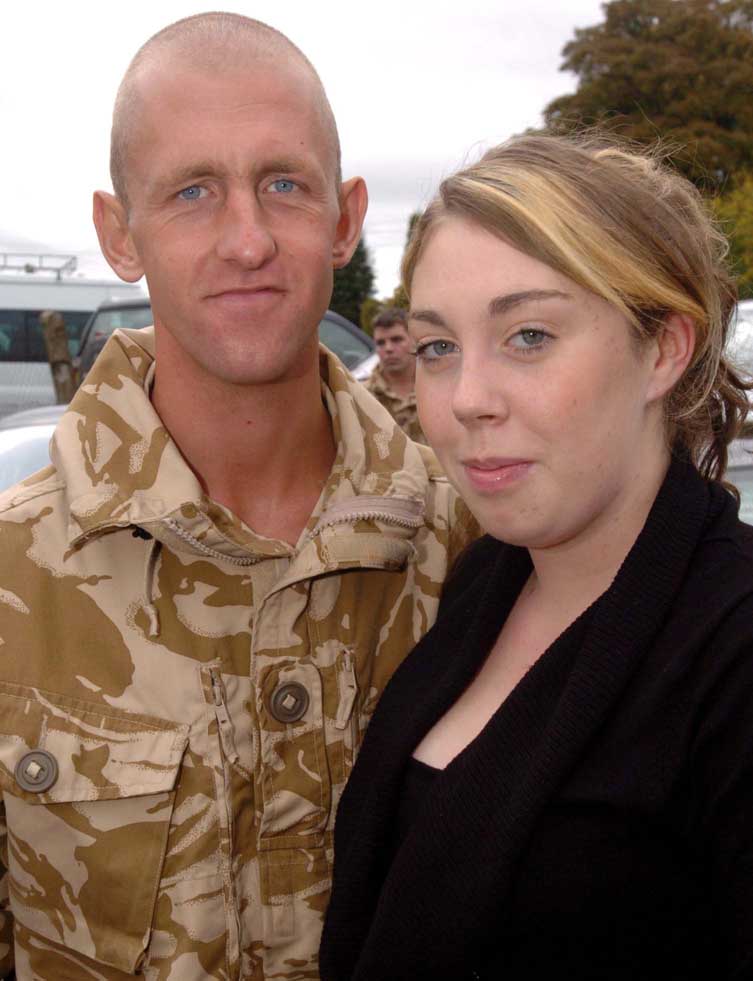 A WAR widow whose husband was killed fighting in Afghanistan is considering legal action against hospital staff after their baby daughter died a day after being born.

Carley McKee and her husband Lance Corporal Stephen McKee were left heartbroken when their daughter Keeley died on March 21 less than 31 hours after being born at the Royal Shrewsbury Hospital.

Following the birth, the couple raised concerns with hospital staff over their daughter’s grey colour, grunting noises and limp limbs, all signs of pneumonia.

Medics reassured the couple there was nothing to be concerned about and baby and mother were sent home.

But just hours later, the couple became increasingly concerned and minutes into the journey back to hospital baby Keeley stopped breathing.

On arrival at hospital, medical staff spent 33 minutes trying to resuscitate Keeley but she was declared dead at about 5.46pm.

He said Keeley had died of a “rare infection which can be difficult to identify”.

But added: “Had it been spotted then maybe Keeley would have survived.”

Keeley’s father was a member of the 1st Battalion, The Royal Irish Regiment, and was killed in action on March 9 this year.

But in a statement written before his death, Lance Corporal McKee described the events leading up to his daughter’s death.

He said: “The staff had seen it (her skin colour) and had no real concerns. At about midday the midwife came around and said everything was normal. It was normal for new born babies to have mucus.”

A letter from neo-natal consultant Bob Welch to the family, which was read out at the inquest, said: “Keeley’s post mortem showed evidence of a pneumonia probably acquired during delivery.

“It’s rare, difficult to spot in the early stages, but if they are there is a good chance the baby will survive.”

But midwife Katherine Rodenhurst told the inquest she did not believe Keeley needed to be hospitalised or to see a doctor.

Following yesterday’s verdict, Mrs McKee said she was in talks with solicitors about taking possible action against the hospital.

“I feel it was neglect,” she added.

“I would like to take it further. If they had listened to us it would have prevented it.”

Cathy Smith, head of midwifery for the Shrewsbury and Telford NHS Trust, today said: “This was a rare and tragic case and our deepest sympathies are with Mrs McKee.

“We would like to offer to meet with Mrs McKee to discuss any concerns she may have.”