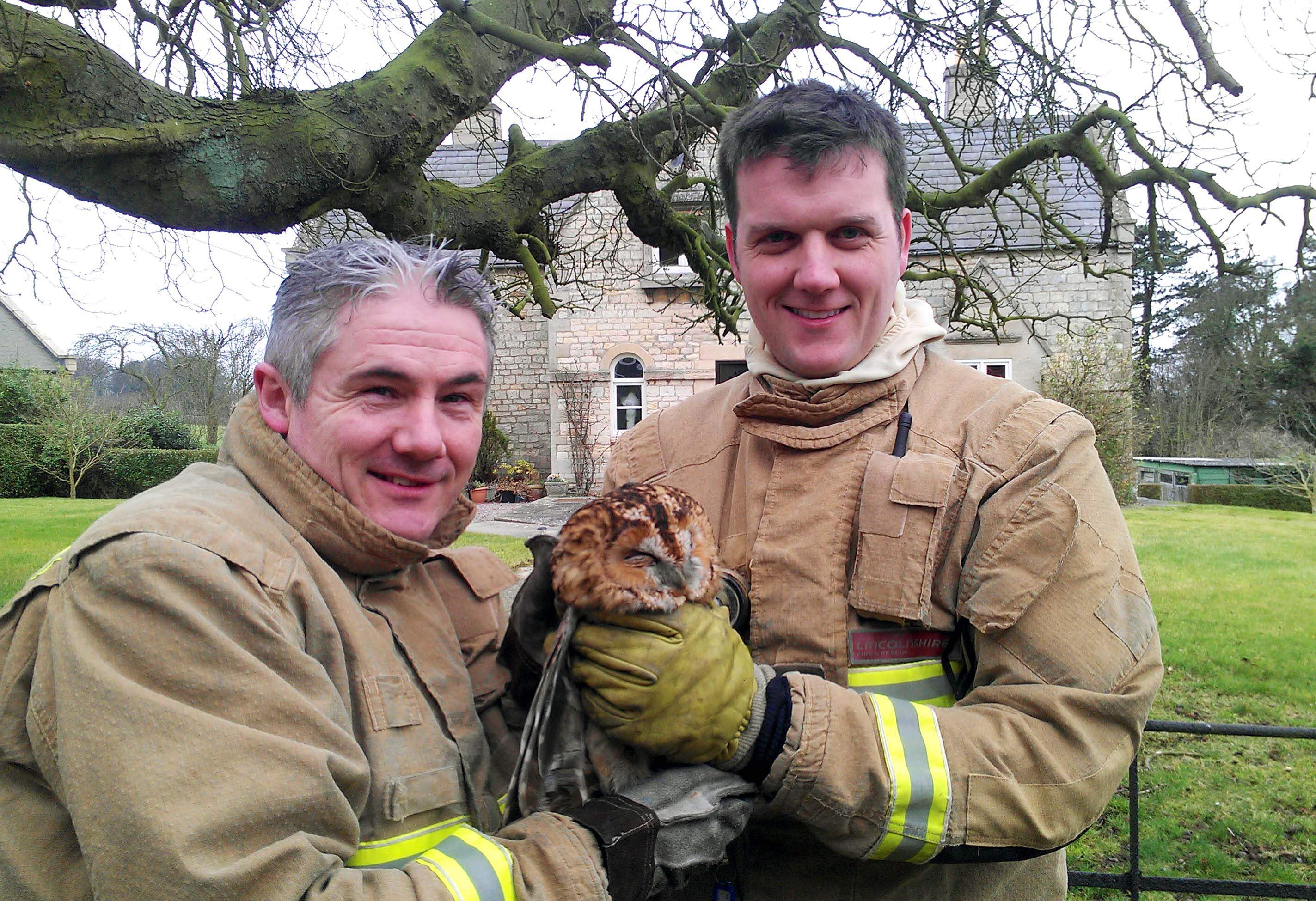 THIS bird-brained owl was rescued TWICE by firefighters who freed it from a chimney moments before it flew into a window and knocked itself out.

The hapless animal spent two days stuck in the chimney stack before the homeowners heard it ‘twit-twooing’ and dialled 999.

Crews tied a bag to the end of nine chimney rods which were used to gently push the owl out of the top of chimney at the property in Londonthorpe,Lincs., on February  28.

But moments after the rescue the owl panicked and flew headfirst into a window and was knocked out.

Firefighters scooped the owl up and took it to a vets for a check-up before it was released into the wild.

A spokesman for Lincolnshire Fire and Rescue Service said: “Lincolnshire is a large rural county and our firefighters get called to assist the RSPCA and members of the public which can involve saving the lives of wildlife and livestock worth considerable amounts of money.

“Our responses, using specialist equipment and training to deal with these situations, stop members of the public putting their own lives at risk in trying to save trapped and scared animals.”