Nick Clegg has revealed that he will once again run for parliament in the 2015 general election.

Speaking to BBC Radio Sheffield, the deputy prime minister said he would stand in his current seat of Sheffield Hallam.

While he admitted that he did not “relish” some of the decisions made during his time in the coalition, he defended the policies.

“Of course no one likes making savings and cuts,” Clegg said. “But the fact is I am in government and we’re all living at a time when we’re recovering from the worst economic heart attack in a generation.” 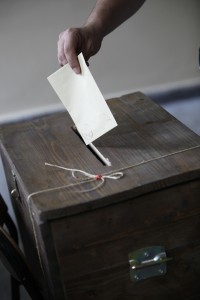 The Lib Dem leader went on to criticise shadow chancellor Ed Balls, accusing him of “sucking up” to financial institutions and letting them run wild when Labour were last in power.
“The party that was largely responsible for the mess – and has never ever apologised for their responsibility in creating the mess in the first place – now blame every single difficult decision on people other than themselves,” he added.

Earlier in the week, Clegg faced difficult questions from voters during a call-in show on London’s LBC Radio.

He was grilled on a raft of contentious issues and was berated by a former Liberal Democrat party member over recent policy decisions.

However, the deputy prime minister defended the Lib Dem’s role in the coalition, stating he was “extremely proud” of the achievements that have been made during his time in office.