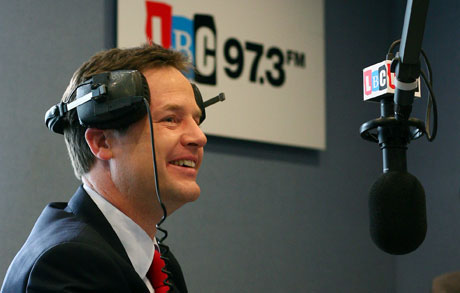 During his weekly phone-in show on LBC Radio this morning (February 27th), the deputy prime minister was quizzed over the issue by Channel 4 news presenter Cathy Newman.

She asked him to clarify the reasons behind the peer’s resignation, noting that he had appeared to accept the fact that claims over his behaviour had influenced the decision to step down.

“He left on health grounds but of course the issues of his inappropriate behaviour were in the background of course they were,” Clegg said.

Earlier in the show, the Liberal Democrat leader conceded that the women behind the allegations had been let down by the party, which had made some “very serious mistakes”.

“I so much believe that it is crucial that you treat people with respect and dignity in everything you do – and that is what I expect of people in the organisation I lead,” he said “That, clearly, did not happen here, to put it mildly.”

Clegg claimed that he had only been made aware of specific allegations last week, when they were broadcast in a Channel 4 documentary.

However, he did note that the issue had been raised “in general terms” by Sandra Gidley, former Lib Dem MP for Romsey, in 2007.

The recent Channel 4 documentary brought several allegations of inappropriate sexual behaviour by Lord Rennard to light, however the peer continues to deny the claims.

“In 27 years of working for the Liberal Democrats he received no complaint or allegation about his behaviour,” said a statement issued on his behalf.