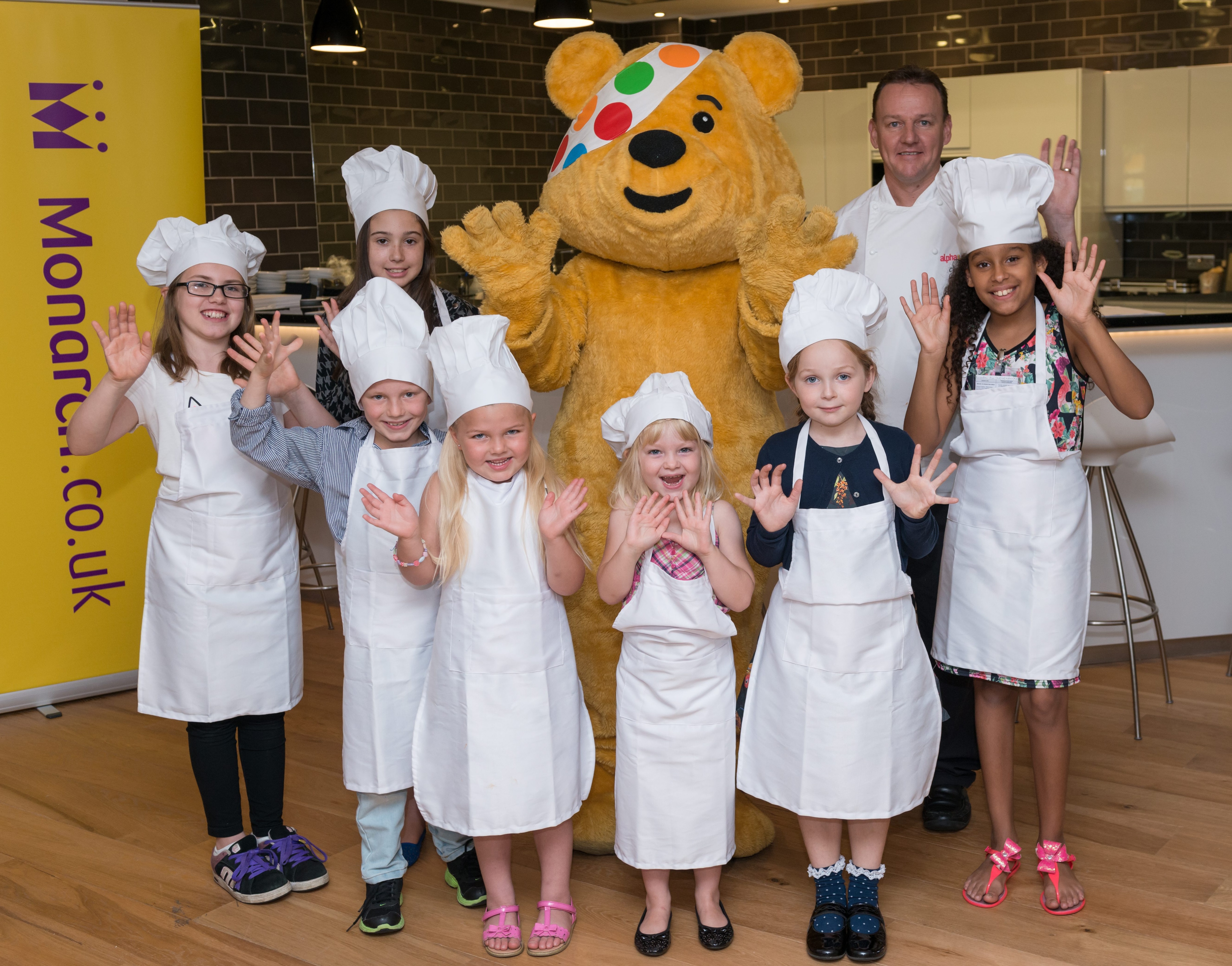 (Luton, UK – 6, October 2014) – A UK airline has appointed a panel of experts in charge of creating its new range of kids’ in-flight meals – the children themselves.

Monarch Airlines, together with its on-board partner Alpha LSG, enlisted the help of children from across the UK to taste-test a range of meals specially created from British kids’ favourite dishes.

Meatballs with tomato sauce and wholemeal penne pasta and roast chicken dinner with all the trimmings came out on top, proving that children love nothing better than a firm family favourite.

The tasting panel put their tiny taste buds through their paces to choose the ultimate in on-board menus, which will be available to the 19,000 children who fly with Monarch each year.

The children were joined in their deliberations by a very special friend, Pudsey Bear, who was on hand to help “Pudsey’s Panel” select the most popular dishes, as a donation from each meal sold will go straight to BBC Children in Need.

The children were also given a sneak peek at Alpha LSG’s Heathrow kitchen, where they saw airline meals being cooked up ahead of taking to the skies.

Pudsey’s Panel put a range of recipes whipped up by Carl Jones, head chef at Alpha LSG, to the test, marking the dishes on taste, smell and presentation, before giving them an overall score and providing detailed comments on each meal.

The crunchy chicken bites with crispy potatoes, sweetcorn and peas however, were less popular amongst the panellists, with comments such as “I don’t like the sauce”, “I hate peas” and that it “just smells of plain chicken”.

Pudsey Panellist Charlotte aged 11 from Epsom said: “I was really excited to help pick the meals. I’m not keen on some foods, but these were all really tasty – my favourite was the meatballs – the pasta was soft and the meatballs weren’t chewy.  It also looked really good in the dish.”

Julie, parent to Charlotte said: “This is such a great idea – I’ve lost count of the times when one of the children hasn’t wanted to eat their airline meal on a flight. For Monarch to be asking children direct and really listening to what they say is fantastic and means that as a family we know that the on-board meal will always get devoured – no more mid-flight battles of wills, which has to be a good thing.”

“As the only airline in our category which offers a full hot meal service on-board, we want to make sure that we are providing our youngest customers with a meal that they will love tucking into.

“The panel knew they were making some big decisions and took their responsibilities very seriously. Their feedback was extremely detailed and certainly gave us all a lot to think about.

“The winning dishes, meatballs with tomato sauce and wholemeal penne pasta and roast chicken dinner with all the trimmings were universally popular and following the panel’s recommendations, Alpha LSG’s head chef Carl Jones and his development team have been busy tweaking the recipes so that they’re just right.

“We’re looking forward to launching the new menus, so that all our young customers can enjoy the nation’s favourite kids’ in-flight meals – and I’m sure parents will be pleased when their little ones clear their plates!”

Carrie Green, Head of Partnerships at BBC Children in Need said: “We are so pleased to be working with Monarch and to be receiving a donation from their kids’ meals. Every penny donated will help to make a difference to the lives of disadvantaged children and young people right here in the UK. So, by buying a kids’ meal on their flight, families are also helping others at the same time. As a child-focused charity, it was great to know that an expert panel of children had fun choosing the meals too!”

The first meals will be served to Monarch’s young passengers on 1st November.  The meals cost £5.99 with 50p from every children’s meal sold donated to BBC Children in Need, going on to help make a difference to the lives of disadvantaged children and young people right here in the UK.