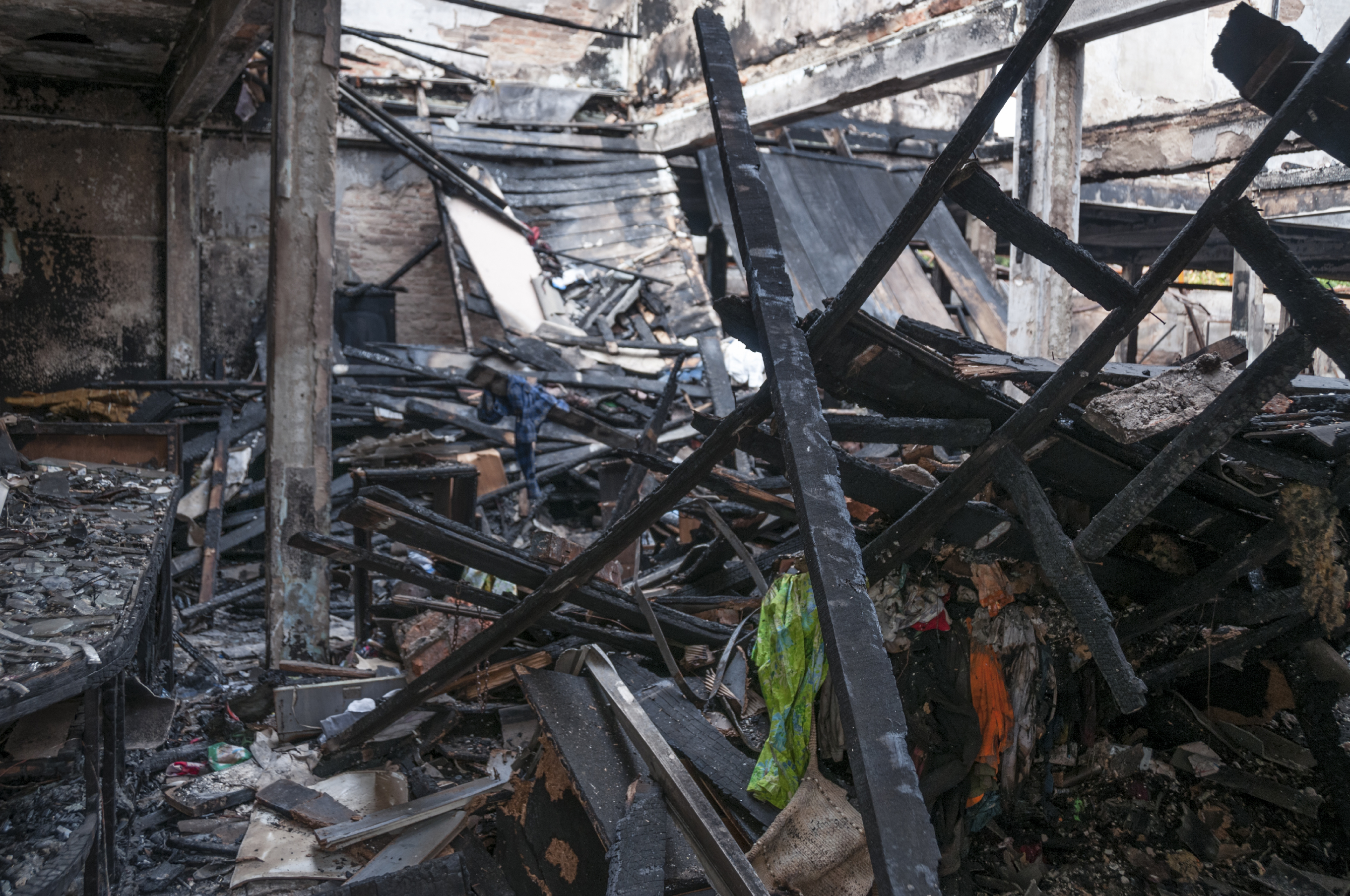 This is the dramatic fire sparked at a hair salon by a faulty hair DRYER.

Staff and customers at the Clippers Hair Salon had to be evacuated after the blaze quickly spread.

The drama was captured on CCTV cameras at All Area Taxi’s directly opposite the business in Bideford, Devon.

The footage shows customers fleeing the scene and no-one was hurt as staff managed to get out quickly.

The fire spread quickly due to chemicals in the building and one person had to be rescued from a building next door.

Investigators it was cause was a commercial hair dryer and the business was almost completely destroyed.

Only a ground floor fire door stopped the blaze from spreading further into the building.

Wendy Mounce wrote on twitter: “Evacuated from BHR solicitors in Bideford today due to fire in hairdressers a couple of doors down.

A flat above escaped any serious damage after four pumps were sent to the scene just after 3pm on Wednesday.

Victoria Howarth wrote on Facebook: “So glad my friend and children who live above are ok and are safe in a hotel tonight.

“Just goes to show you never know what’s round that corner. So shocked.”

No-one from the salon has been available for comment.