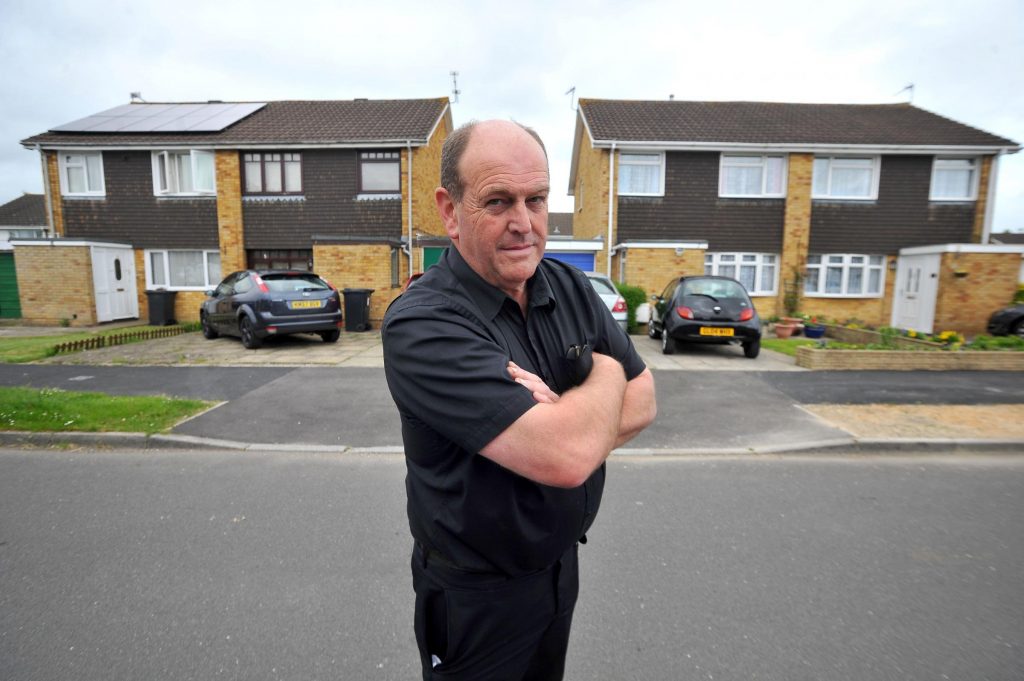 A council has ordered a homeowner to restore a grass verge outside his house – 16 YEARS after he replaced it with gravel.

Gordon Harris, 64, was fed up with the grass getting churned up by parked cars and fouled with dog mess and thought it would look better covered in stones.

But a decade-and-a-half later a mystery objector has complained – and the council has ordered him to re-turf the strip.

They have told Gordon the gravel is in breach of regulations and given him 28 days to change it back to how it was in the year 2000.

Gordon, of Swindon, Wilts., said: “The council are supposed to have limited resources and they’re wasting money on things like this.

“What we’ve done is definitely a vast improvement and it looks a lot better than it used to.

“When it was grass, cars would park on the ground and it would get all muddy and churned up, it could get a foot deep when some of the lorries parked on it.

“It would end up covered in dog mess and cat mess, more mud than grass to be honest – it wasn’t very nice to have right out the front of your house.”

Gordon, who has lived in the semi-detached house with wife Jean for 38 years, added: “I know I’m going to find a load of dog mess and tyre marks because that’s what was there before.”

Swindon Borough Council said: “This is one of those cases where the council can’t win.

“A complaint was received from a resident about the gravel, which means we either ignore the complaint or we take it up with the owner of the house.

“We’re happy to discuss the timescale for restoring the verge, but residents can’t simply put gravel on a public highway verge without permission.

“The verges along the rest of the road are covered in grass, which is why we’ve asked for the grass to be restored.

“We appreciate that the gravel may have been laid many years ago, but now it’s been brought to our attention we can’t ignore it.”