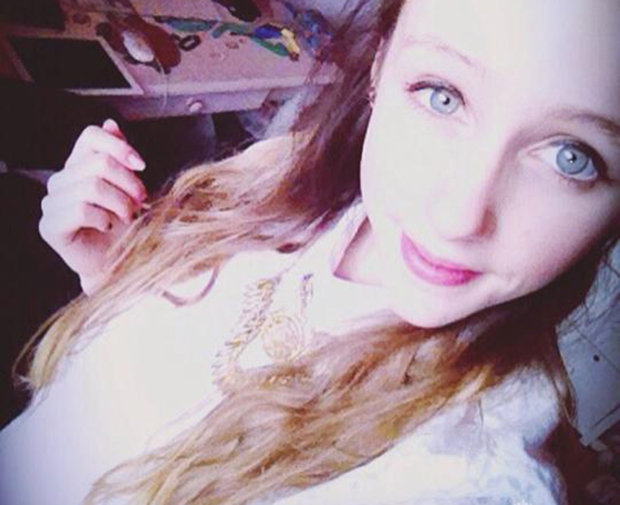 The mother of schoolgirl Alice Gross, killed by a convicted murderer from Latvia, told her inquest the family has lost faith in Britain’s ability to protect its citizens.

Alice, 14, was probably sexually assaulted by Arnis Zalkalns before she was bound and wrapped in plastic and weighed down by bicycle wheels and bricks at the bottom of a river, the inquest heard today (Mon).

She was discovered naked, but for one sock, and the Latvian’s DNA was found on her body and the schoolgirl may have been given the date-rape drug ‘liquid ecstasy’ before being sexually assaulted, a pathologist said.

Zalkalns was convicted of murdering his wife in Latvia but was able to travel and live in the UK undetected.

Members of Alice’s family were present, including her 21-year-old sister Nina and dad Jose Gross as the inquest opened at the High Court today.

Alice’s mother Rosalind Hodgkiss made an emotional speech where she expressed her concerns that a foreign killer was in the country.

Ms Hodgkiss, dressed in a navy blouse with white polka dots, told the court her daughter was an aspiring singer-songwriter and a “talented” student.

But she expressed concerns that chief suspect Zalkalns was allowed to live in the UK despite previously having been jailed for murdering his wife in Latvia.

She said: “It is impossible for us to convey the devastation to the family by Alice’s death.

“There are a lot of unanswered questions and we will likely never get to the bottom of what happened that day.

“We want to reiterate that the reason for these questions is so that we can establish or not the systems for monitoring foreign offenders and cross-border sharing of information are robust.

“We appreciate that they may have changed significantly, but we remain stunned that a foreign national convicted for murder in his own country was not monitored, or not even known about in any way.

“This has destroyed much of our faith in our country’s ability to protect its citizens.

“The Home Office and the police forces nationwide should be doing everything to ensure this should not be allowed to happen again.”

Dr Ashley Fegan-Earl carried out the post-mortem on Alice’s body and found she was “fit and healthy” before her death.

He said: “After extensive searches she was ultimately found on September 30, 2014. She was wrapped in plastic and weighed down with stones and a bicycle wheel.

“Alice was naked apart from one sock. Her body had been wrapped in black plastic sacking.

“There was a fabric tie which had been passed around her neck, although it was not tight, and around her left leg which had drawn her knees to the side of her head.

“The suspect had gone to some not insignificant trouble to conceal her body.

“It was likely shortly after her death and before rigor mortis set in.

“The circumstances of her finding mean sexual assault must be considered given that she was found naked.

“There was no direct injury to the genitalia, however the result of analysis of swabs was postive for Arnis Zalkalns’ DNA.

“The finding of DNA most strongly supports the possibility of a serious sexual assault was undertaken and this was a sexually-motivated homicide.”

He said that 40-kilo Alice likely died because of “compressive asphyxia” from substantial weight put on her chest.

He added: “My overall conclusion is Alice Gross was clearly the victim of a homicide with a sexual motivation.”

Dr Fiona Perry said that levels of GHB, a drug similar to ecstasy which could be used to make someone drowsy, could have formed naturally after her death.

But she said: “I can’t rule out the possibility that she could have ingested or been administered GHB shortly before her death.”

Dr Fiona Wilcox, chief coroner for Westminster, told the 11 jurors they would have to determine who died, when they died and under what circumstances.

She said: “You are here to hear evidence in relation to the death of Alice Poppy Madeleine Gross, who was found deceased on September 30, 2014.

“Alice had gone missing on the August 28, 2014. There was an extensive police enquiry.

“As a result of a search of the River Brent and the Grand Union Canal and around that area, her body was discovered on September 30, 2014, wrapped in plastic and was weighted down.”

The inquest is set to probe whether failure of the Government and the police played a role in her death.

Zalkalns was released from prison and travelled to the UK in 2007.

Alice went missing on September 28, 2014, after last being seen on the Great Union Canal near her home in Hanwell, west London.

Her body was found two days later pinned to the bottom of the River Brent.