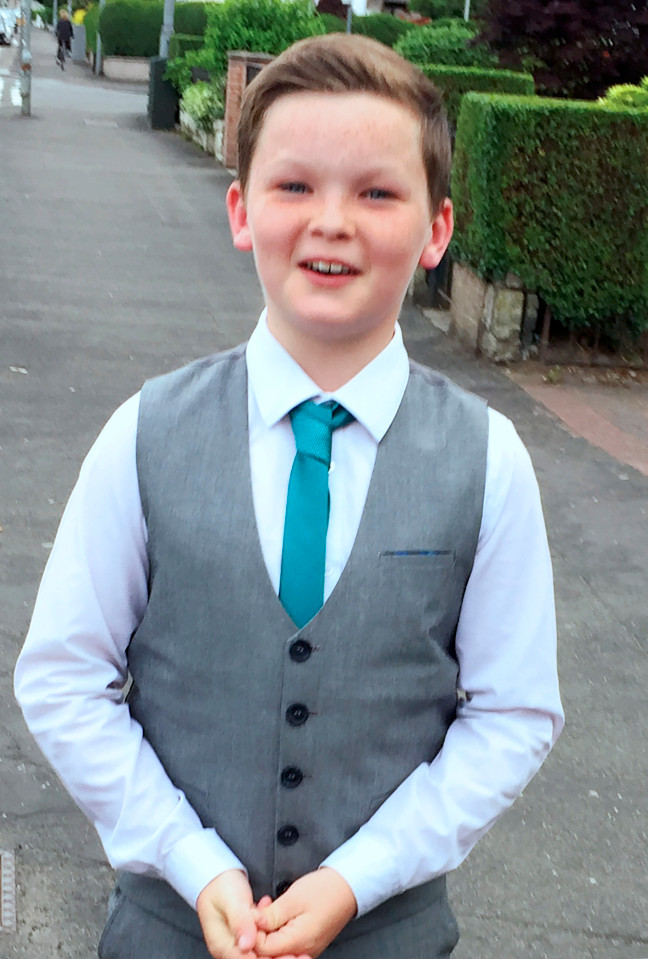 The anguished granddad of an 11-year-old who could lose a hand following the M&D rollercoaster crash asked friends and family to pray for the youngster as he underwent surgery.

Little Liam Boyle, 11, was one of eight children and two adults injured after a carriage on the Tsunami ride at Scottish theme park M&D’s derailed.

Witnesses likened the incident in Strathclyde Park, Motherwell, Lanarkshire, on Sunday to “something out of a horror film” as the carriage plummeted 20ft to the ground and collided with a ride for young children below.

Liam is feared to have suffered serious hand injuries, for which he is undergoing surgery in hospital.

His distraught grandfather Thomas Campbell, from Glasgow, took to social media urging people to say a prayer for the youngster as doctors operated to try and save the hand.

Writing on Facebook said: “Hope people will say a prayer for my middle grandson Liam hurt in the accident at m&ds today going through surgery just now 6-8 hours not nice.”

Police said that two of the injured had been on the ground when the Tsunami ride, which operates at speeds of up to 40mph, hurtled off its rails – leaving riders trapped upside down.

Health chiefs said last night that three of the injured children remained in a “serious” condition in hospital – among them a 12-year-old girl feared to have suffered head injuries and believed to be in a coma.

Emergency services, including six ambulances and six fire appliances, were sent to the scene as members of the public fought to help injured passengers who were trapped underneath the wreckage.

“On arrival it became clear that a series of five gondolas connected on a train on the Tsunami ride have detached from the rails, struck the superstructure then struck the ground. They fell less than 20ft.

“As a result of this accident ten people have been injured, two adults and eight children. I understand that there were nine people on the rollercoaster and two of the casualties were on the ground.”

Mr Bruce added that the park would remain closed while an investigation is carried out by the Health and Safety Executive.

A spokesman for NHS Greater Glasgow and Clyde confirmed that four children had been taken to Glasgow’s Royal Hospital for Sick Children, where the condition of three was ‘serious’ while one was ‘stable’.

One adult was taken to Glasgow Royal Infirmary where their condition was ‘stable.

The other five victims were taken to Wishaw General Hospital.

A spokesman for M&D’s said: ‘As a family-run business, our thoughts are with those who have been injured and their families. We wish everyone a full recovery.”