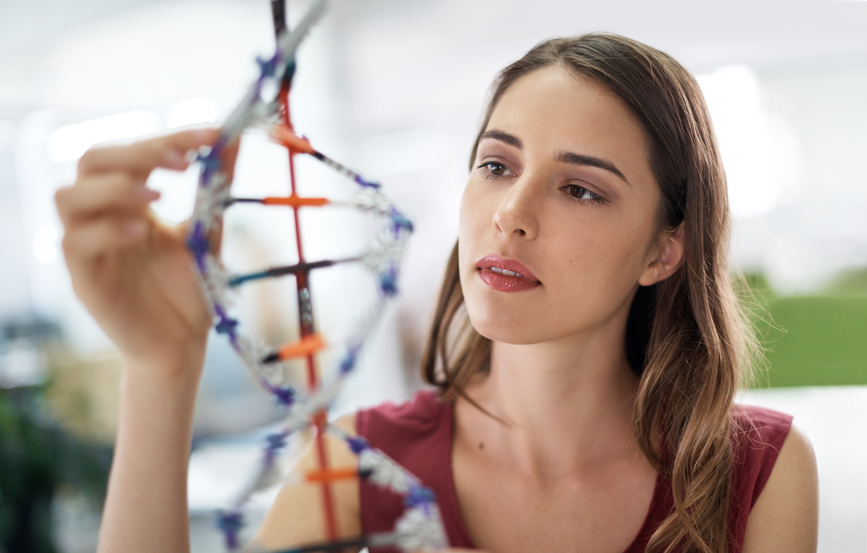 Women who are at an increased risk of dying from breast cancer could be identified by testing for the activity of two particular genes, new research suggests.

The study involving around 2,000 patients showed women whose tumours had a certain pattern of activity in the two genes were three times as likely to die within 10 years as others with a different pattern.

Scientists at The Institute of Cancer Research, London, identified the pattern of gene activity among breast cancer cells with a particular ability to escape from the ‘glue’ that normally holds them in place.

They believe the genes could play a crucial part in releasing cells from this adhesive – known as the ‘extracellular matrix’ – so they can travel around the body.

The research, funded by The Institute of Cancer Research (ICR) and Breast Cancer Now, could be used to develop tests for aggressive breast cancers, or even to identify previously unknown targets for cancer treatment.

The study, published in the journal Oncotarget, looked at cancer cells that tested positive for HER2 – a protein and also the target for the drug Herceptin, which is found in approximately 20 per cent of tumours.

The ICR researchers developed a new image-based screening technique to identify cancer cells that didn’t stick to the protein laminin – which helps build supports around cells to glue them together.

They identified that these cells commonly showed have high activity in a gene named F12 and low activity in another named STC2.

When the researchers analysed these genes among 1,964 breast cancers, they found that the pattern of activity was strongly linked to survival.

The scientists said further research is required to investigate how the genes interfere with the extracellular matrix and assist the spreading and growing of cancer cells.

Study leader Dr Paul Huang, head of the protein networks team at the ICR said: “Survival rates for breast cancer are now much higher than they were a few decades ago, but the disease remains deadly once it has spread round the body.

“Our study sheds light on how cancer cells unstick themselves from healthy tissue, and it could help pick out women at high risk of their cancer spreading and becoming fatal.

“We found that the activity of two genes which may help control how tightly cells are glued together is linked to breast cancer survival.

“If the results are confirmed in larger studies, it could give us a new way of assessing women’s survival chances in the clinic, and adjusting treatment accordingly.”

Professor Paul Workman, chief executive of The Institute of Cancer Research, London, added: “We have seen major strides in the treatment of breast cancer, but once it begins to spread round the body it is still often fatal.

“This new study helps us understand some of the processes that control how breast cancers spread, and identifies a pattern of genetic activity that could be used to pick out women particularly at risk.”