The Thai protesters that are in the streets for quite a while, protesting against their government, announced that they are ready to for a new one. They say that the interim government lead by Niwatthamrong Boonsongpaisan is illegitimate. The government came in power yesterday, after the resignation of the former Prime Minister, Yingluck Shinawatra, member of the popular party Pheu Thai, demitted by the Constitutional Court of Thailand, informs AFP.

“Tomorrow, we will take the right actions to form a new government” declared Akanat Promphan, the spokesperson of the protesters. 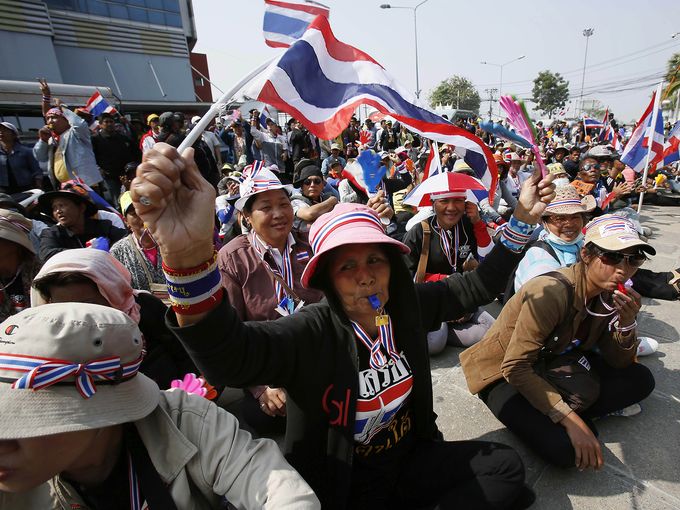 The protests last since 31 October. In December, the citizens asked for the resignation of the Thailand government. Back then, people were allowed to enter the complex where the Government has its headquarters, without being stopped. In the complex, the police used tear gas and rubber bullets against the rioters.

On 18 February, a Thai police officer was shot deadly, and other people were injured, when the police tried to take control of the areas controlled by the protesters, which were asking for a new government.

The problems started from a project of amnesty initiated by the government. According to this project, many people that were arrested since 2004 were supposed to be released from prison. Amongst the beneficiaries of this project, we can state important figures such as the brother of an ex prime minister, and many important persons accused of corruption. Even if the opposition and even parliament members of the power rejected the law, people were already angry by the attempt, so the protests started, and they are already lasting for more than six months.

Another reason for rioting was that the judge of the Bangkok Constitutional Court invalidated an amendment proposed by the government to the 2007 constitution, which was supposed to reduce the powers of the Senate.