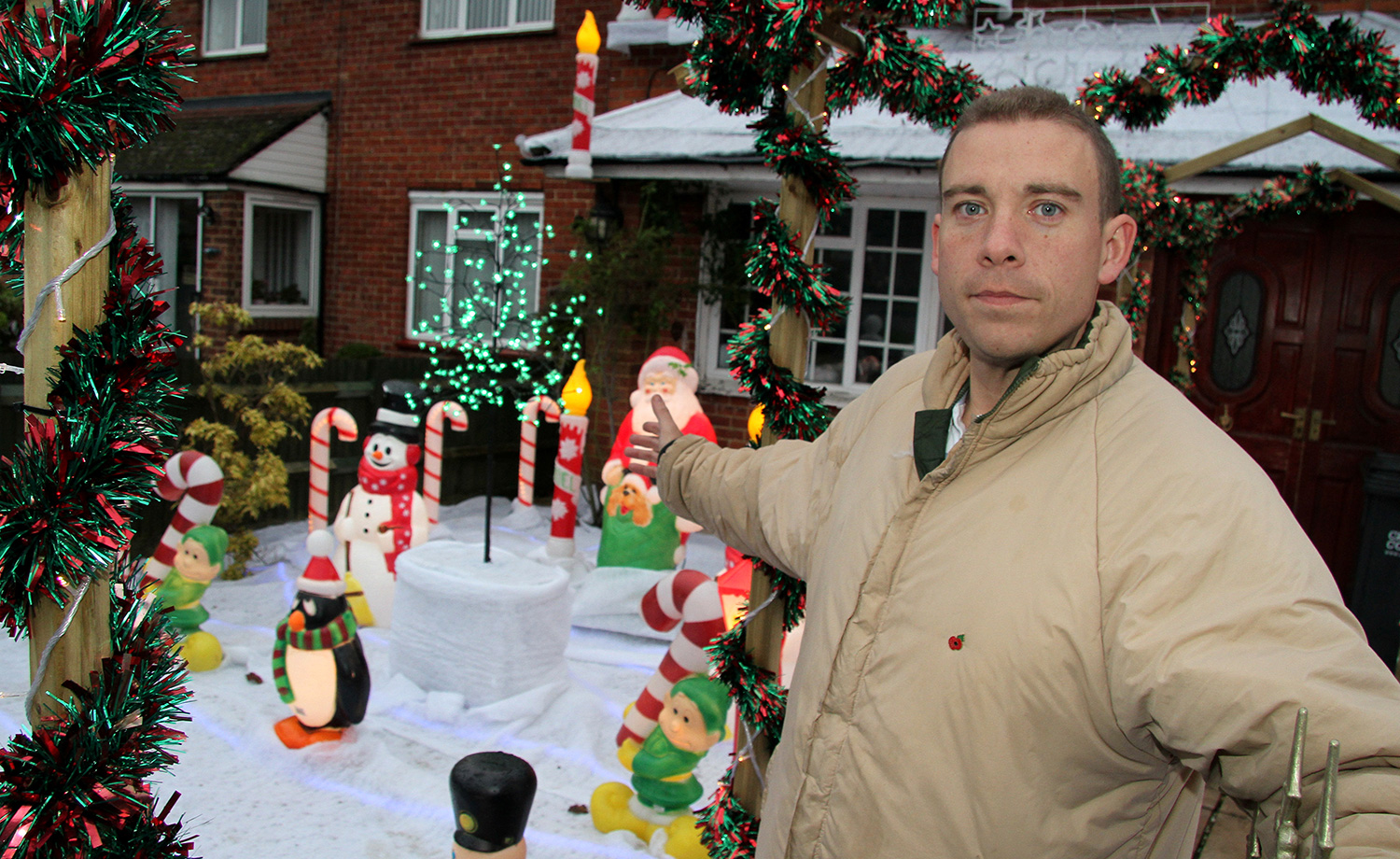 A man known for his extravagant Christmas lights displays has been arrested for possession of indecent imaged of children, bestiality and sexual assault.

His wife has also been arrested on suspicion of making indecent images of children.

Alex Hopkinson, 35, and his wife, Georgina Hopkinson, 34, were both arrested following an ongoing investigation by police in Croydon, south London.

His displays use tens of thousands of lights, fireworks, luminous reindeer and glowing choirboys – and have raised thousands for charity.

Since 2013, hundreds of children and families have watched the lights switch-on, which Mr Hopkinson’s father started in 1985.

Last Monday he appeared in court charged with two counts of sexual assault against a boy aged under 13 and one of engaging in sexual activity with a child.

But after she was interviewed by police last Wednesday, she was arrested on suspicion of making indecent images of children.

Both were bailed until a date in June. He will next appear at Croydon Crown Court on June 10.