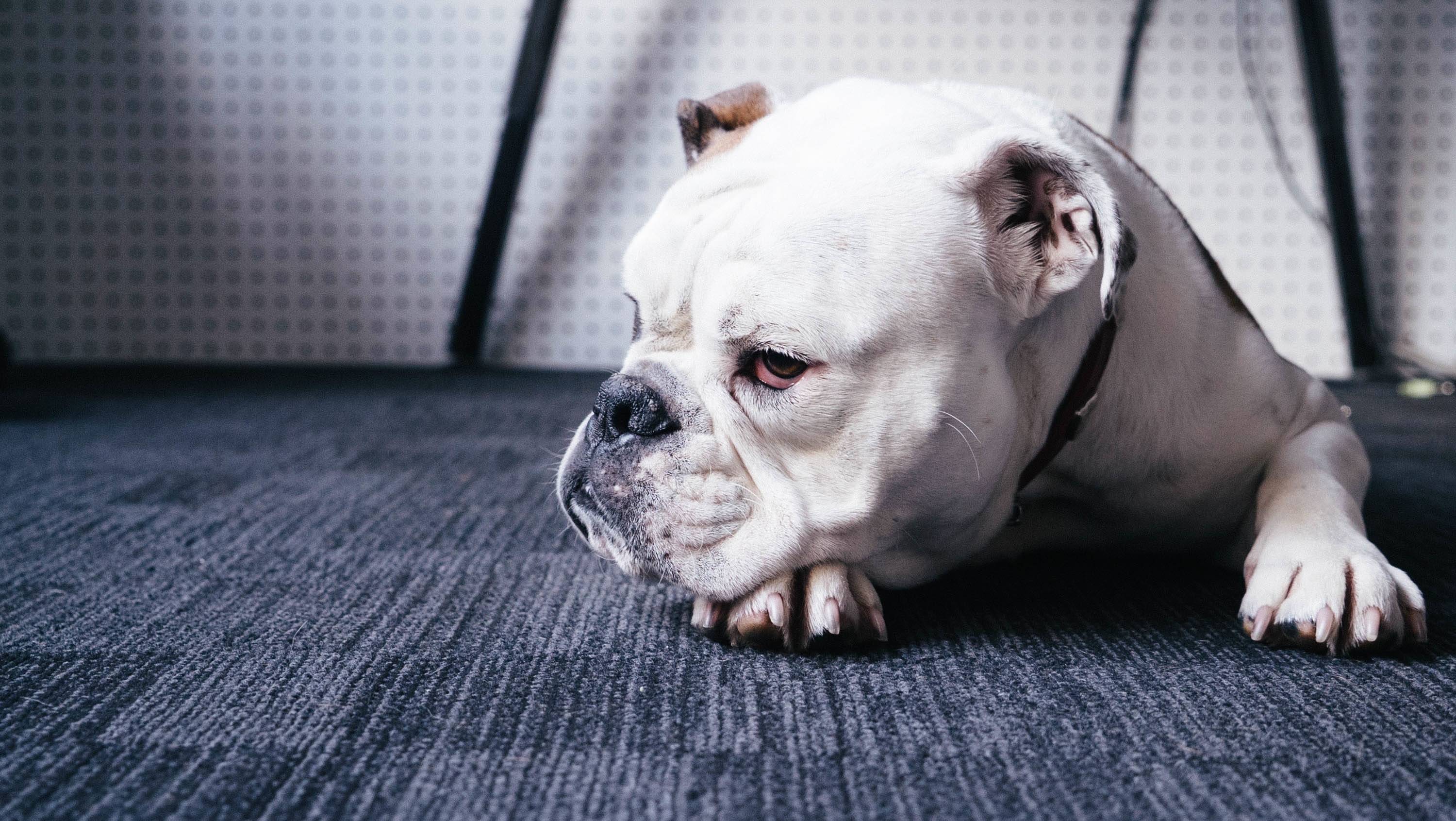 A mum and son have been banned from keeping animals for five years after their pet dog developed horrifying mange and a condition that turned its eyelids inwards.

A court heard Susan Smith, 54 and her 24-year-old son Brad failed to take their American bulldog Buster to the vets when he developed the debilitating symptoms.

His situation deteriorated and the RSPCA then got involved.

A vet confirmed that ten month-old Buster had been caused unnecessary suffering due to his owners failing to seek adequate treatment for a severe skin condition called demodectic mange, which caused inflammation to his skin.

Barnsley Magistrates’ Court, South Yorks., heard the dogs eyes were the cause of most of his suffering due to his eyelids turning inwards, a condition known as bilateral entropion.

The cruel pair from Barnsley had previously pleaded guilty at an earlier hearing to two offences each of failing to provide proper and necessary veterinary care and attention for Buster’s demodectic mange, secondary skin and eye infections

The Smiths were handed a 12-month community order and were banned from keeping any animal for five years. They were both ordered to pay £375 costs and a victim surcharge of £60 totalling £435 each to be paid at a rate of £20 per month.

RSPCA inspector Jo Taylor said: “It was heartbreaking to find Buster in this terrible condition.

“His owners were aware of his demodectic mange, and stopped providing treatment for it. Bilateral entropion is an extremely painful condition.

“It was clear to anyone that Buster was suffering and needed further veterinary treatment.”

Buster has now been happily re-homed.