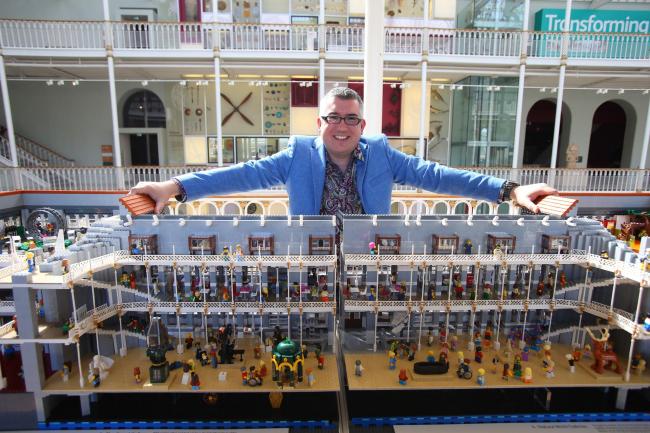 Brick artist Warren Elsmore has created an incredible model replica of the National Museum of Scotland with 90,000 Lego Bricks.

The 3.5-metre model has been unveiled in the 150th anniversary year of the iconic Victorian building in Edinburgh.

It took Warren and his team 350 hours to create the model which is built to “minifigure scale” so that Lego figurines look “correct” inside it.

The model features a cross-section of the building showcasing the attraction’s famous Grand Gallery and museum objects including a Formula One car and a statue of James Watt.